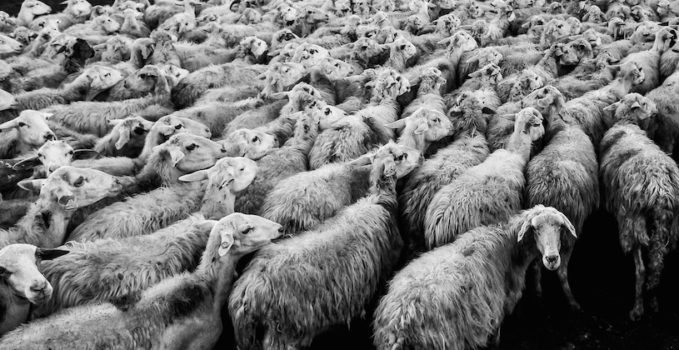 Why Won’t You Get The Job? You’re Not A Clone Of The Competition

by Freddy Tran Nager, Founder of Atomic Tango + Veteran Of The Career Wars; photo by davide ragusa on Unsplash…

Yes, you found a job opening you think you could fill perfectly. You have the skills, the education, a lofty employment record with glowing recommendations, and genuine enthusiasm for both the company and the opportunity. So you apply and wait for the employer to contact you.

Then you see they’re still running the ad for the position. And you dig around and find out that, no, that ad’s not a mistake, and no, they haven’t hired someone else — in fact, they just hired expensive recruiters to fill the position.

And that’s when your self-esteem implodes like it just got sacked by a Pittsburgh Steelers linebacker. What did you do wrong? Or, more self-destructively, you ask, “What’s wrong with me?!”

So you start binge watching The Walking Dead, since the only activity that will cheer you up is seeing people worse off than you.

And to you I say STOP. Well, keep binge watching, because that’s kind of fun. But do STOP BEATING UP ON YOURSELF, because, odds are, it’s not you, it’s them.

I know — cliché, cliché — but from dealing with hiring managers and recruiters for years, I learned a sordid secret: No matter how awesome you are, a company might not hire you because — get this — you’re not doing the exact same job right now for one of their competitors.

A recruiter called me seeking a social media producer for a TV network. So I referred several former students and colleagues, most with advanced degrees in marketing or communications, and all with experience producing social media for corporations, including entertainment companies.

Plus, I could attest that every single one of them met the requisite cliches: passionate hard-working self-driven people-person team-player with strong oral and written communication skills and attention to detail while juggling multiple responsibilities simultaneously and making a mean cup of java.

But none of them got even an interview.

When I followed up, the recruiter apologized and explained that the TV network only wanted to hire a social media producer currently serving one of their rival networks. Did I happen to know any of those people?

The Experience Catch-22 — But Worse

I advise people to bridge the gap by doing similar work for a charity, a friend’s company, or their own project.

But in this case, the Experience Catch-22 is impossible for nearly every applicant. Even more frustrating, in order to entice their competitor’s employee away, the employer would have to pay more than they would have had to pay you — especially if recruiters are involved. Why would they do that?

So What Can You Do About It?

Although breaking this Catch-22 seems near impossible, here are 3 ways to respond:

With any luck, your startup will become a runaway success and you’ll rise to the top. And someday you may get job applications from those execs who wouldn’t hire you in that old-school company. Turns out they got downsized because their company just couldn’t innovate or differentiate. Gee, how do you think that happened?