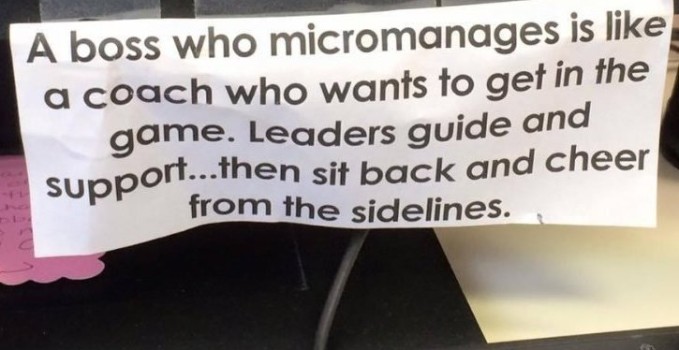 The neighborhood is slowly deteriorating. Not my physical one in L.A., which is gentrifying so fast even the pigeons have to take out loans to eat.

I’m talking about one of my virtual hangouts, LinkedIn, which is my favorite social network since it actually helps me make money. (Yes, I know, a social network directly generating revenue for its users sounds like a fairy tale. But fairy tales are for Facebook — LinkedIn done right can actually work for you.)

Now LinkedIn does have its problems, such as spammers, non-intuitive navigation, spammers, users who value quantity of connections over quality, and spammers. But what makes me curse like an HBO character is the graffiti now appearing on LinkedIn’s wall. Primary offenders include:

Until now, I’ve mostly just hidden or scrolled past the bad advice. Then I realized I was wasting a valuable resource: all this inanity makes for awesome blog fodder! So I’m starting a new series here at Atomic Tango called, naturally, LinkedInanity, where I giddily eviscerate the bad advice I see. I also invite you to comment and share your findings, and we can bond over dissecting delusions. Shall we begin?

First up: the above meme about micromanaging bosses, who are the bane of any creative professional. If you’re a writer, designer, filmmaker, or other trained talent who spent years learning and honing your craft, you know how your soul cringes when someone untrained in your field starts telling you how to do the details. You can usually ignore most people, but if it’s a boss, then your soul screams before throwing itself off a ledge.

So this meme caught my eye and I was hoping for a catchy phrase or clever joke. Here’s what the meme coughs up instead:

OK comparison, but not great. First, many coaches are former players with actual experience. You can’t blame them if they still have passion for the game, as long as they don’t jump into the middle of a match. A better simile would involve a boss with no experience, such as a restaurant investor who shows the chef how to make soup.

Yes, they do. They also have to crack down when things go wrong. In business, leaders are not therapists — they must make a profit, and they take full responsibility for the outcome.

“…then sit back and cheer from the sidelines.”

And that line made me lose it. What halfway decent coach only sits back and cheers during a game? I’m not talking AYSO soccer here. A hands-off game manager in professional sports wouldn’t be coaching for long.

Any sports fan knows that a coach has to make adjustments on the fly, call time out, swap personnel, argue with refs, provide insights into opponent strategy and tactics, and even admonish players who aren’t giving 100%, making mistakes, or getting into fights. Sitting back and cheering from the sidelines is for the people with the pom-poms.

Likewise, a corporate boss needs to make on-the-fly adjustments for market conditions, call time out in the middle of heated projects, hire and fire people as needed, argue with regulators and investors, provide insights into competitors, and even admonish employees who are not giving 100%, making mistakes, or getting into fights. Sitting back and cheering from the sidelines is for the people planning the Christmas party.

As a creative strategist, I work closely with my writers, designers, and other talent. With writers, I may not pick out their words for them, but I will push for more creativity, make sure they cover the key points, suggest a change in tone to better reflect a client’s brand, or encourage more careful proofreading.

With designers, I might not select fonts and colors, but I will push for more creativity, suggest a change in style to better reflect a client’s brand, or insist on revisions to make sure all the text is legible. In all cases, I may change direction altogether. And above all, I have to make sure we stay on budget and on time, with no errors.

And yes, I confess to micromanaging on occasion, and not because I want to be the writer or designer on the project — I wouldn’t hire experienced professionals if that were the case. (Mere production workers are cheaper.) I micromanage because I have a vision for the project that I want to see created, at least as one option. That said, I do so respectfully and I listen to expert suggestions. And if I know that I’ll make their souls scream, I offer more money.

But throughout the game, I have to be hands on. That’s my job. And I wouldn’t know what to do with pom-poms if you gave them to me.

When the game is done, here’s what ultimately matters: did we win, and did the players get something out of it besides money? Players on losing teams will turn on their coaches first, particularly those who don’t game manage. Employees in failing companies will blame management first, particularly “yes men” who don’t tackle problems.

I agree that no one likes to be micromanaged — I certainly don’t. Just remember that Steve Jobs was a notorious micromanager. And winning can make even the worst micromanager look like a true leader.