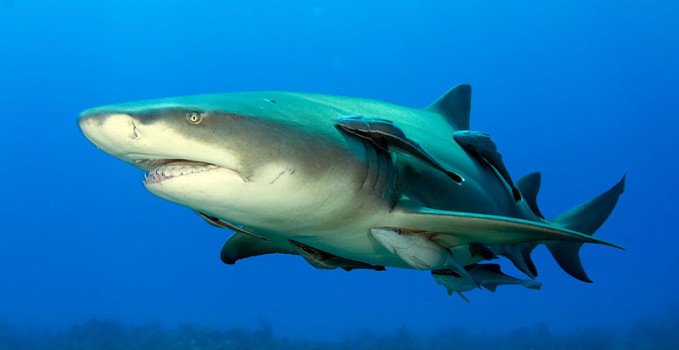 What Do You Mean “Partner”?! The 3 Criteria For Partnering

by Freddy Tran Nager, Founder of Atomic Tango + Partner To Some Awesome People; photo by Albert Kok via Wikimedia Commons…

In the animal kingdom, a fish called the remora attaches itself to larger creatures like sharks to eat scraps of their food while enjoying their protection.

In the human kingdom, a creature called the freeloader attaches itself to more established professionals to eat scraps of their business while enjoying their brand equity.

Today, these freeloaders frequently describe themselves as “partners” — a word that once referred to someone who stood by your side, equal in status and value, dedicated to a shared mission and vision, for better or worse, IPO or asset liquidation. Apparently, “partner” now means anyone who just wants a piece of your pie. Consider these 3 types of partners:

I regularly get emails from various service providers, like staffing firms and marketing list aggregators. They ask if I’d like to “partner” with them by buying — yes, buying — their wares. No sharing here; just give them money. I think Al Capone had partnerships like that.

The “Ooh, You Have Clients!” Partner

Not all faux partners are so crass as to try to sell me anything. Rather, they just want me to share my clients with them. “Dear Freddy, we would love to partner with your agency. We’re a leading provider of SEO/video-production/growth-hacking/nonfat-decaf-latte-making, and we have no idea how to sell directly to customers, but we can help your clients…”

For some reason, I never read beyond that point. Such a shame. Who knows what golden business opportunities I’m missing.

By the way, you may have heard of one these vendors: Google, which actually calls the unpaid independent professionals who push their products Partners. Now, I use and endorse many Google services, but I doubt that I could count on them to provide needed support. “Hey, Google, think you could pay half the office rent while I run around promoting Adwords? Hello? Google? You there?” 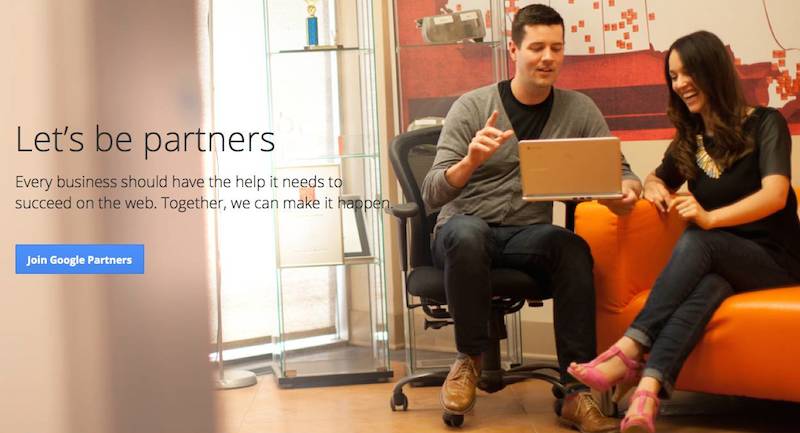 Oh how we love our unpaid sales force…

The “Be Our Pimp!” Partner

On the same warped wavelength are other agencies and consultants who tell me they really like what I do, so they’d love to partner with me. Now I strongly endorse small agency collaboration: it helps us little guys compete against the giant agencies, while complementing each other’s skills.

But with the faux partners, as soon as I start discussing a creative project we could co-produce, or a prospective client we could jointly pitch, out comes their definition of “partnership”:

“Yeah, that sounds great, but you know, we’re really strapped for time and cash right now, so if you could bring us some deals, we’d be happy to pay you a finder’s fee…”

Ah, yes, that’s why I started my agency — to be a commission-only sales rep for another agency. Be still my beating heart.

Where It All Started: Damn Management Consultants

The friendly noun “partner” mutated into a deceptive verb when consulting firms started telling their clients that they’re “partnering” with them, instead of simply selling them formulaic advice. The intimation was that the consultants weren’t just hit-and-run hacks who would do a standard PowerPoint presentation, collect a paycheck, then leave. Rather, they would work “side by side with you,” to make sure that their advice was “customized to your needs,” so that it would have a “positive impact on your bottom line,” because after all “your success is our success.”

Whenever I hear anything like that, I picture the sleazy guy in an L.A. bar approaching some naïve actress and saying, “Hey baby, I’m a producer. I can make you a star! Of course, we’ll have to get to know each other really closely first…”

Advertising Gets In On It — And How That Backfires

The “partnering” theme spread to advertising, with agencies no longer satisfied with just pitching great work. Of course, calling clients “partners” makes them believe they’re allowed in the kitchen to tell the cooks (the agency’s creatives) how to do their jobs. That never ends well.

On the flipside, some clients hate the term. I remember being in a pitch when our agency account exec told the prospective client, “We’ll partner with you—”

The prospect interrupted in a tone that gave us all freezer burn: “What do you mean ‘partner’?! You want equity in my business?!” The account exec stammered an explanation. The prospect responded, “Why didn’t you just say you’ll work closely with me?” Of course, we didn’t land the account. Once a prospective client feels they’re being jerked around, they stop listening and just start visualizing the sharks they can feed us to.

With a true partner, you share responsibilities, risks, and if fate has it, rewards. It’s a collaboration between equals based on mutual respect.

For example, I’ve collaborated with an independent designer for several years now. We maintain separate practices, yet he’ll help me with design and I’ll help him with writing. Together we pitch prospective clients in hopes of splitting a nice catch. In all ventures we strive for balance, and that’s made for a true partnership.

You might be thinking, “Well, duh, Freddy. Everyone knows that partners should have equal footing. The question is, how do I tell whether someone is a friend or a faux?”

First, make sure the “partner” isn’t just trying to sell you something, get access to your clients, or have you do sales for them. Then, obviously, look for desirable personality traits, like honesty, kindness, diligence, and the lack of bodies buried in their yard. Once you find a fit on those qualities, critically evaluate these 3 characteristics:

Your future partner could have all 3, or just 1. Indeed, if you can find someone with 2 out of 3, get ’em under contract ASAP. (And contracts are essential, particularly among the closest of friends.)

Putting The Criteria To The Test

I developed these 3 criteria years ago when I was a primarily a freelance writer. I came across an ad from an animation company looking to hire a screenwriter to work on a cartoon about a secret agent cat. My synapses started firing, so I dashed off an email talking about my creative background and my obsession with felines and 007 flicks. The company owner responded, asking for a sample script based on a short video they had created. Normally, I refuse to do spec work, but the video looked solid. So I wrote a short script, emailed it, and the next day the owner invited me to a lunch meeting.

I dressed up and headed to the restaurant. And there I met the guy, who showed up in shorts and flip-flops. First thing he wanted to know was who I knew in the entertainment industry. I mentioned a few names and he wrote them down using a cheap pen and a scrap of paper from his worn backpack.

Note to self: this guy has no contacts.

Then he started telling me about his ideas, which consisted mostly of predictable gross-out humor and action-film clichés, and that he’d want to “partner” with me on the writing.

Note to self: this guy has no talent.

I asked him about his company, and he confessed that it was just him, and that he had hired another firm to create the video I saw. I knew at this point I was wasting my time, but I went ahead and asked about salary, and he mentioned that I would certainly get paid… once the project was sold. In the meantime, he could pay me $500.

Note to self: this guy has no money.

And, of course, he didn’t pay for lunch.

So this was just another self-described producer in a bar, and I was the naïve actress. Fortunately, I was born a skeptic and critic, so I didn’t waste anymore time with that guy. I just blamed myself for not having found all this out before we met.

Now don’t get me wrong: I truly endorse partnering… with the right person or company. You just need to know the difference between friends and freeloaders. Hint: If they use the word “partner” before they even know you, run the other way.