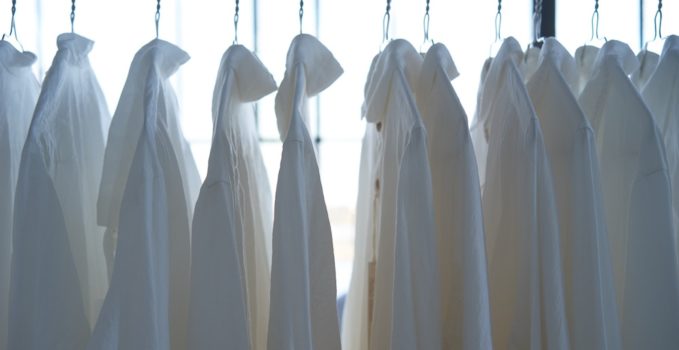 I got some fan mail about my post on resume writing: “I was liking your article, as I have others that I’ve read… However, I soon found the in-your-face political opinion rude and quite unprofessional to say the least. I just wanted to read a good professional article not something that would make the Huffington Post.”

Hmmm. How to respond?

Well, first of all, if my blog were to ever become one-tenth as successful as the Huffington Post, I would combust in ecstasy. So I welcome the comparison. Thank you.

Second, this is, like, my blog. As in I own it. And last I checked, that means I can write — drum roll please — whatever I want. I also offer it free to the public, so what’s this about “rude”? And — hold on, let me make sure — yes, my contract with myself says I’m not obligated to write a word according to the whims or stipulations of others.

But what I found most intriguing in this fan mail was the use of the word “professional.” Or, to be more exact, its misuse.

There’s this inbred misconception amongst the creatively-challenged that “professional” means safe, boring, and completely devoid of color and character. To these clones, even the slightest touch of humor or personality renders any work “unprofessional.” They prefer dry, soulless and frigidly cold. And hey, that’s cool if they want their own work to have all the flavor of iced packing foam, but it’s completely and incontrovertibly uncool to try to impose their sterile thinking on others.

We’re in the second decade of Century 21.0 already. The 1950s ended 50 years ago, and today the grey flannel business suit is worn by so few American workers, it’s been declared an endangered species.

And in the creative fields I love, it should be extinct.

Creativity is the name of the game in today’s America. Whether you’re talking alternative energy, filmmaking, web development, bioengineering, gourmet cooking, automotive design, football coaching, high fashion, or advertising, success goes to those who break the mold in the name of innovation. Want lockstep thinking? No problem: North Korean Air is departing at high noon. Bon voyage and don’t forget your baggage!

For those of us working to remake and revive this economy, I would like to redefine “professional” as a list of actions. (Note: I’ve alternated the pronouns “he” and “she” here; no gender slights should be inferred.)

1. Give it your all: A true professional never delivers a half-assed effort, whether he’s composing the soundtrack for a film, developing a cure for cancer, or playing middle linebacker for the Pittsburgh Steelers. The professional rehearses and reviews to eliminate all errors, and continuously works to master his craft. Moreover, the professional takes pride in giving 100% in the pursuit of perfection.

2. Live up to your word: A true professional shows up at the appointed time and never misses a deadline. She may work from home, the beach, or her favorite coffee shop while slamming triple espressos and listening to vintage Joan Jett in her iPhone, but she lives up to her word when it comes time to deliver. The only acceptable excuses are extreme emergencies, and even then she apologizes for the delay and tries to make up for it when she gets back on her feet.

3. Provide due respect: A true professional may talk smack about the competition and the clowns on Fox News, but he would never disrespect a colleague, client, or collaborator. Phone ringing? Unless there’s a baby being delivered at the other end of the line, the physical human presence always comes first. Got an irresistible urge to text or tweet all the time, even during meetings? See an addiction counselor. A professional listens attentively while being spoken to and never interrupts. He can then rebut the speaker, but he does so by critiquing the ideas, not the person.

4. Be appropriate: A true professional understands the environment, audience and occasion, then comports herself appropriately. Yes, this sometimes means wearing a suit, but at other times, it might mean wearing jeans and an ironic logo T-shirt. (Though at no time does it ever mean wearing Crocs.) She speaks at the level of her audience, never over their heads, but without pandering to their slang or mannerisms. Joking around is totally fine — even encouraged — as long as her tone is appropriate for the audience. Indeed, some groups don’t mind a strategic f-bomb.

Note that using business jargon does not make one a professional — it makes one sound clichéd, incomprehensible, and evasive.

5. Question the answers: A true professional challenges conventional thinking and undermines the status quo, because that’s what makes progress possible. He understands the difference between traditions, rules, etiquette, habits, ethics, and so-called “best practices,” and he strives to create even better practices. Those who feel threatened by these questions and challenges will call them “unprofessional,” which is a sign that they’re starting to work.

Indeed, a true professional might decide to redefine what it means to be a professional. What does it mean to you?

Parting Shots on Blogging and Professionalism

You’ll find thousands of mainstream business publications online, most consisting of the bland leading the bland. They don’t cut it for me, so I created my own.

A blog should always be personal, and my politics happen to be a large part of me; hence, the political bias. Is that unprofessional? Ask the Wall Street Journal, which takes an approach to business that’s just to the right of Attila the Hun. Ask Jon Stewart, who has transformed political satire and outperformed even mainstream journalists in exposing the truth.

True, I do risk alienating people, but my long-term goal is to create a distinctive brand, and that sometimes means alienating certain segments of the market… on purpose. That’s not unprofessional. That’s just business.

Plus, picking on Republicans isn’t being unprofessional; it’s simply being human.