Expressing My Inner TURFgeek: How I Became a Professional Sportswriter for a Day 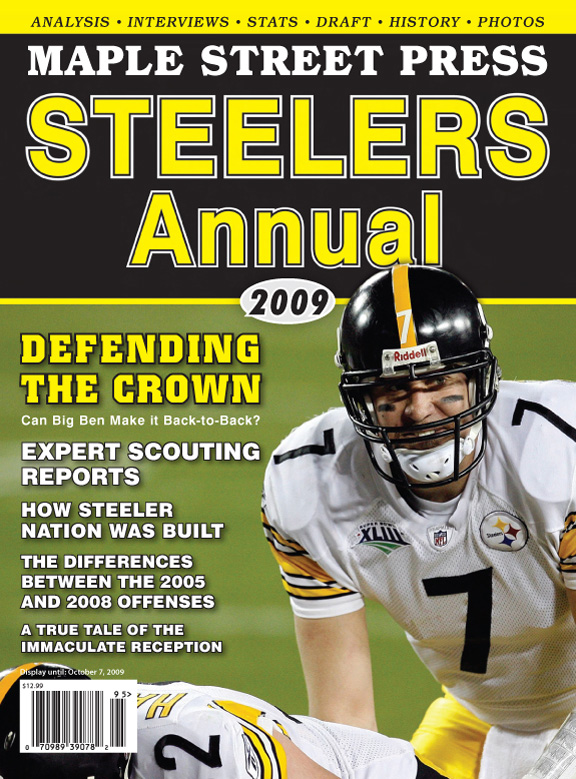 No, not me on the cover. Really.

Somebody my size with my athletic ability doesn’t play for the Pittsburgh Steelers. Picture an over-caffeinated chicken on a greased trampoline. It’s just not in my genetic cards.

So I did the next best thing: I wrote a bad-ass essay about the team. Actually a few essays…

In  2000, my buddy Hiroshi and I launched TURFgeeks, a primitive football blog with approximately 2.5 readers: me, Hiroshi, and an occasional stray surfer. It was a lot harder to hype a blog in those pre-Web 2.0 days — particularly since the word blog didn’t exist — but it didn’t matter. For Hiroshi, it was a refreshing break from his brutally dry gig as an agriculture industry PR guy. For me, it was a way to keep my writing skills honed in the wake of the first dotcom crash. For both of us, it was an opportunity to pretend we were sports writers.

Ancient artifact and proof of early bloggers unveiled. Note: We let our domain registration lapse, and now turfgeeks.com is owned by a lawn maintenance service. Sacrilege!

Being a sports writer was something I had fantasized about for years. In college, I was a photographer for the student paper and shot an occasional sporting event, but I envied the writers and the verbal gymnastics they executed to capture the essence of a game. I then looked into sports writing as a career and learned how much most journalists actually get paid.

Obviously, they do it for the love of sports.

I also learned that most rookie sports writers cover bowling, bass fishing and minor league baseball in some backwoods burg in hopes of making it to the big leagues. My interest was strictly football — indeed, I consider baseball to be slow torture.

So I went into the music industry instead, followed by advertising and the dotcom rollercoaster. 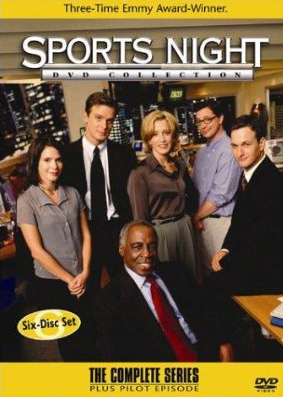 Then, in 1998, the TV series “Sports Night” premiered and aired for two brilliant seasons. Created by Aaron Sorkin (who later produced “The West Wing”), “Sports Night” won three Emmy Awards and approximately 2.5 viewers. In hindsight, it probably wasn’t the best idea to do a show called “Sports Night” when women dominate primetime viewership. But, wow, this series about life in sports broadcasting had it all: killer writing, high-energy work environments, and sexy creative colleagues who regularly high-fived each other. It was the complete antithesis of my dotcom experience, which was more like “Office Space” without the action sequences. Indeed, “Sports Night” was so idealized and artificially enhanced it was practically pornographic.

So I tried to make it happen. Hiroshi and I wrote TURFgeeks for one glorious season. He went on to become a cop, and I got a job as an assistant on a TV series about a young guy who sees his entire life as a sporting event: “Inside Schwartz.” It sounded perfect — but let’s just say it was no “Sports Night.” We got canceled after nine or ten episodes. I’ve blocked most of it out of my memory, though I remember once finding the producer in his office obsessively tweaking the show’s laugh track.

That’s when I decided to get an MBA so I could produce my own work, but the love of sports writing persevered.

A few years ago, Geek-kind entered the Blog Age. I snooped around a few sports sites, commenting here and there, but nothing grabbed me. I usually found myself debating 13-year-old sports runts who had discovered the joy of cursing anonymously at adults.

Then, last year, I discovered a site that spoke my language: Behind The Steel Curtain. I’m a lifelong, diehard Steelers fan, and here was a thriving site devoted solely to my team, with actual intelligent discussion, not just the usual cheerleading and trash talking. Indeed, Steelers president and co-owner Art Rooney Jr. described BTSC as “Thoughtful discussion with a sense of history.”

The credit goes to Michael “Blitzburgh” Bean, BTSC’s founder and editor, who’s also a grad student in Digital Media at the University of Washington. He runs a tight ship at BTSC, and is also a great writer. He and I started chatting, and he asked if I’d like to write about the Steelers. I said of course, I was happy contributing to his site. He interrupted and asked if I would write for a print publication he was editing — and get paid to do it.

I said I’d think about it.

Yeah, right. I had the article written and on his desk before he even got off the phone — I was that pumped about the opportunity.

The article I wrote for Michael is, of course, a marketer’s eye-view of the Steelers. Entitled “Now That’s Steelers Football!: How a Small Market Team Created a Nation,” it breaks down the elements of a “cult brand” and how the Steelers have implemented each element to perfection. Yes, it’s thoroughly TURFgeeky, but it combines Steelers and marketing. What could be better?

By the way, one of my fellow contributing writers on this book is Howard Fineman of MSNBC and Newsweek. Yes, count me psyched.

Now, I didn’t get to cover a game in person for that article. I wrote it mostly at my local Starbucks in West L.A. But it’s a start, right? After all, if ancient Brett Favre (who’s younger than I am) can continue to pursue his football fantasies, so can this armchair QB. I just gotta take it easy on the high-fives — this typing arm ain’t what it used to be.

Shameless plug: Will write for football — or most any other topic: contact Atomic Tango…