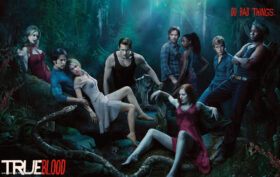 by Freddy Tran Nager, Founder of Atomic Tango & Stake Holder Analyst… I finally got around to watching the first season of “True Blood” — yeah, I know,  I’m a total TV slacker — but I survived only four episodes. “True Blood” begins with an intriguing level of satire that quickly devolves into soap operatics and — worse — boring stereotypes. Creator Alan Ball cleverly uses vampires to symbolize the coming out of the LGBT community, but his vampires are clichéd, smug, and brooding. Rather than being high-minded immortals espousingRead More