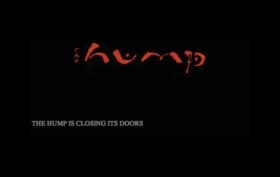 by Freddy Tran Nager, Founder of Atomic Tango + No Fan of Captain Ahab… How does one of the hottest restaurants in town go completely out of business in just weeks? That’s what happened to The Hump, a trendy sushi joint in Santa Monica, California, that shut down after getting busted for selling (get this) whale meat. That’s right: someone there actually said, “Mmm, beautiful, intelligent, and endangered species — let’s serve it for dinner.”Read More

by Freddy J. Nager, Founder of Atomic Tango & Hardcore Caffeinated Beverage Addict So Pepsi is skipping the Super Bowl, ending a 23-year run of entertaining ads. Contrary to what the social media cultists would like to believe, Pepsi is not doing so because it prefers social media. (As much as I use social media — including this here blog — I find its cheerleaders to be about as endearing as televangelists on crack.) Indeed, Pepsi will be heavily plugging another of its products, Doritos, so it’s hardly abandoning theRead More