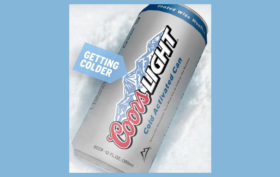 In The Can: Coors Campaign Leaves Us Cold

by Freddy Tran Nager, Founder of Atomic Tango + Guy Who Appreciates A Nice Cold One… It’s no fun picking on Coors now that they’re no longer run by right-wing zealots from a mountain stronghold in Colorado. I did razz ’em for their faux microbrew, Blue Moon. But since Coors became the Molson Coors company, they’re part-Canadian, and Canadians are our lovable liberal neighbors to the north with free healthcare, right? To further confuse matters, Molson Coors joined with SABMiller, the South African owner of Miller Beer, to form MillerCoorsRead More