by Freddy J. Nager, Founder of Atomic Tango LLC + Incorrigible BACN Addict I have few addictions, but I confess to loving me some bacon. I’ve tempered my addiction somewhat by subbing in turkey bacon, but that’s like seeking a buzz off light beer. It’s possible but hardly as satisfying. Same thing goes for most e-newsletters. I think they’re going to be great, so I subscribe to a whole slew of them. Yet every morning the first thing I do when I check my email is delete almost every singleRead More 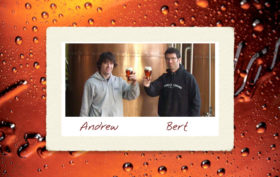 Writing A Newsletter? Heed The Beer Dudes And Pour It On!

by Freddy Tran Nager, Founder of Atomic Tango + Sam Adams’ Fan and Investor… One of my more rewarding discoveries while attending college in Boston was Samuel Adams beer. In the 80’s, Sam existed primarily in New England, so after I moved to L.A., I found myself bereft and bewildered. For all its creative profligacy, Los Angeles was still dominated by the usual beer suspects: Budweiser, Miller, and Coors (the bland leading the bland). Naturally, I celebrated when Sam started appearing in L.A. bars as an “import.” Yes, there’s aRead More