by Freddy Tran Nager, Founder of Atomic Tango + Proud Obama Supporter… One of marketing’s primary responsibilities is to make your brand stand out from the competition — ideally in a good way. So even though I’m a marketer who supports Obama, I’ve hesitated to write about Obamarketing, because every other marketer with a blog (99.9% of all marketers) has already done so. Back in mid-October, Advertising Age crowned Obama “Marketer of the Year” based on a survey of its readers — which would have looked awfully silly had heRead More 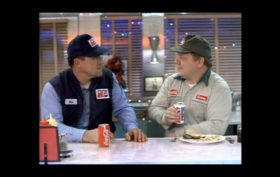 Rules of Competition: The Magic Number is 2

by Freddy Tran Nager, Founder of Atomic Tango + Competitive Strategist… During the 2008 South Carolina Democratic debate, Barack Obama and Hillary Clinton spent the evening attacking each other instead of addressing the issues. I was completely irked by their misbehavior — then realized this was classic marketing strategy in action…Read More