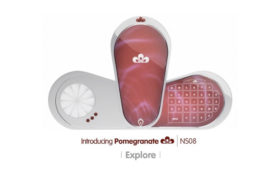 by Freddy Tran Nager, Founder of Atomic Tango + Guy Who Misses Flip-Phones… Now here’s a site that takes borrowed interest to a new extreme. The Pomegranate Phone is an all-in-one device that makes the iPhone look like a hockey puck. It’s good for everything but use as a floor wax or dessert topping: web surfing, MP3 player, video projector, voice translator… Cool, right? Then, of course, there’s the built-in coffee maker, harmonica, and a shaver for eliminating those pesky five o’clock shadows… Yeah, it’s not a real phone. ButRead More 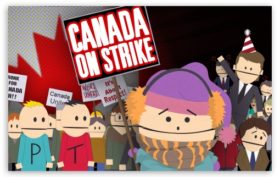 What What? South Park Spoofs the WGA, YouTube, Canada…

by Freddy Tran Nager, Founder of Atomic Tango + Guy Who Likes His Satire Hard… “… While the internet is new and exciting for creative people, it hasn’t matured as a distribution mechanism… It will be a few years before digital distribution of media on the Internet can be monetized to an extent that necessitates content producers to forgo their fair value in more traditional media…” – Kyle, South Park I know, I shouldn’t be quoting cartoon characters as proof of anything, but sometimes the greatest truth is found inRead More
12